The origin of my family name

For the past few years, I've known that Wahl was not my dad's family's original family name and that the name was switched at Ellis Island from Rabben to Wahl. The reasons given were because my great-grandparents didn't speak English and wrote out the name of the fjord near their family farm or perhaps the dude at Ellis Island gave them a new name.

My dad and his brother went to Norway earlier this year to check out from where we come and got the real scoop. My great-grandparents left Norway because my great-grandfather was not the first son so he wasn't going to inherit any land. Norway is not exactly teeming with arable land so he set out to America to seek his fortune. He spoke fluent English and new that robin was a wimpy little bird so he took his neighbor's family name, Wahl, which connotes strong Viking resolve and toughness.

I have to admit this origin story is much cooler than the ones that had my ancestors as dumbasses who moved to the US without knowing any English. I tried to find out if Wahl really is a Scandinavian word, but failed. My dad has a picture of the sign for the Wahl family farm which was right next door to my ancestors'. I'm definitely going to have to visit Norway to check it out. 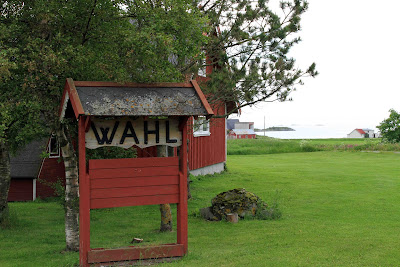 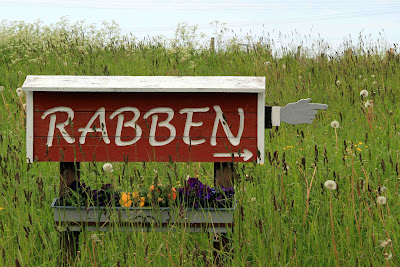 I've got a cousin, Chris, who could've been Christopher Rabben. Heh.
Posted by Jeremy at 7:04 AM

"Wahl" sounds like it is also German. In German it means "choice".

It is a German word, but my name isn't German.